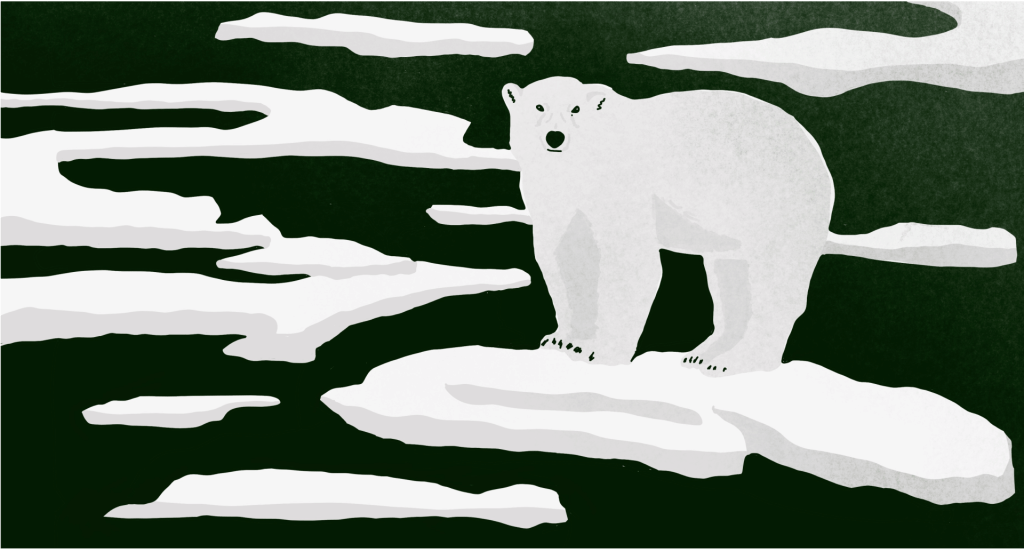 What is Climate Change?

Climate change frightens people. It’s frightening because it could potentially signal the end of our existence on earth but at a more basic level, people are afraid of the term ‘climate change’ because they just don’t understand it. They’re overwhelmed by this universal message that climate change could mean the end of the world but they don’t necessarily understand why.

Hence our explainer blog… Here’s climate change 101. You can’t fundamentally change something if you don’t understand it.

A change in global or regional climate patterns, in particular a change apparent from the mid to late 20th century onwards and attributed largely to the increased levels of atmospheric carbon dioxide produced by the use of fossil fuels – Oxford Dictionary

The Earth takes heat from the sun. The atmosphere traps the heat coming from the sun thereby acting as a natural greenhouse. There are three main gases that contribute to this natural greenhouse effect – Carbon Dioxide (Co2), Water Vapour and Methane. These gases are necessary for Earth to sustain life by ensuring that the planet remains warm enough. The atmosphere traps them. Without this atmospheric function, the earth would be around 40 degrees (celcius) colder and would possess very little ability to support life

The issue of climate change arises when there is an unbalancing of the natural greenhouse effect, as we’ve seen happen since the emergence of the industrial revolution. So essentially when the quantities of CO2, Water Vapour and Methane become too great within the atmosphere, they can’t escape at an acceptable level and essentially we begin to insulate ourselves more and more, hence leading to global warming and a possible worse case scenario of the end of the world.

It’s important to note that the end of the world wouldn’t necessarily arise from us all being baked to death… moreso global warming leads to climate change on a massive scale which leads to changes in weather patterns, increased storm surges and in turn natural disasters on unimaginable scale. THE END. (Of the world that is).

Since the mid 18th century, the earth has warmed up by around 1 degree (celsius). How do we know this? The science is complicated but basically temperature records have been in existence for hundreds of years. Scientists can measure in large part through an examination of greenhouse gases within ice cores in Antarctica and Greenland how the levels of CO2, Methane and Water Vapour correlate with these rises in temperature. Basically, the ice encloses small bubbles of air that contain a sample of the atmosphere, which allow scientists to measure directly the past concentration of the gases in the atmosphere.

SEGWAY: More often than not, reference to Carbon Dioxide (CO2, Carbon emissions, carbon accounting, carbon etc,etc) goes hand in hand with the terms climate change and global warming. CO2 has a very long life span of hundreds of years. It’s produced primarily by burning fossil fuels, waste, trees and by some chemical reactions. Happily, it’s removed from the atmosphere when it’s absorbed by plants. (CO2 is a whole other blog – stand by!)

It’s important to note that the other gases are of vital consideration also… Water Vapour is the most important natural greenhouse gas. Secondary to sunlight, it acts as a heater for the earth by trapping moisture in the atmosphere. The hotter the earth gets, the more water vapour it can hold however this creates a ‘catch 22’ situation which perpetuates the global warming threat because again we’re insulating ourselves at a rate that becomes unsustainable.

Methane doesn’t live as long – 20 to 30 years but it wreaks havoc during its short lifespan. It’s produced as a result of certain farming practices and also from the production and transport of coal, natural gas and oil. Its capacity to absorb heat (or if you want to get technical ‘outgoing infrared radiation’) is much greater than CO2. It’s a smaller trace gas in the atmosphere but it can do a lot more damage than CO2.

Back to the topic at hand… the potential end of the world.

By measuring and monitoring the levels of greenhouse gases in the earth’s atmosphere, scientists can make an informed attempt at establishing climate change scenarios. There are four scenarios (which are referred to as Representative Concentration Pathways). The best case scenario imagines a world whereby all countries agree to become carbon neutral (reduce greenhouse gas emissions by becoming more ‘green’ (oh so many blogs to come) and we save the world. The two middle scenarios paint increasingly worse pictures and the worst case scenario predicts an increase in global temperatures of about 4.5 degrees by the end of the century. This spells disaster. Think of the worst weather disaster action Hollywood movie you can imagine and multiply by infinity and you’re there.

Oceans would heat up and water levels would rise because water expands when heated. Ice caps and glaciers would melt. Low-lying cities would be flooded and wiped out and to cap it all off oceans can only hold a certain amount of CO2 so acidification will would wipe out sea life. Ice caps act as a reflector of heat and once they melt there’s no stopping the deadly heat then. Plants would die, animals would die, humans would die. THE END. (The BBC has outlined very effectively predictions of the direction this is all going in if we don’t act now.)

We can still stop the burn. Governments are slowly committing to reducing greenhouse gas emissions, companies are making it a priority and are finding ways to facilitate this and humanity is beginning to realize the threat to humanity. It’s not too late yet, but it soon will be. We hope this explainer was helpful! There’s plenty more to come…

Guides, tips, and inspiration to help you manage and reduce your organization’s emissions. 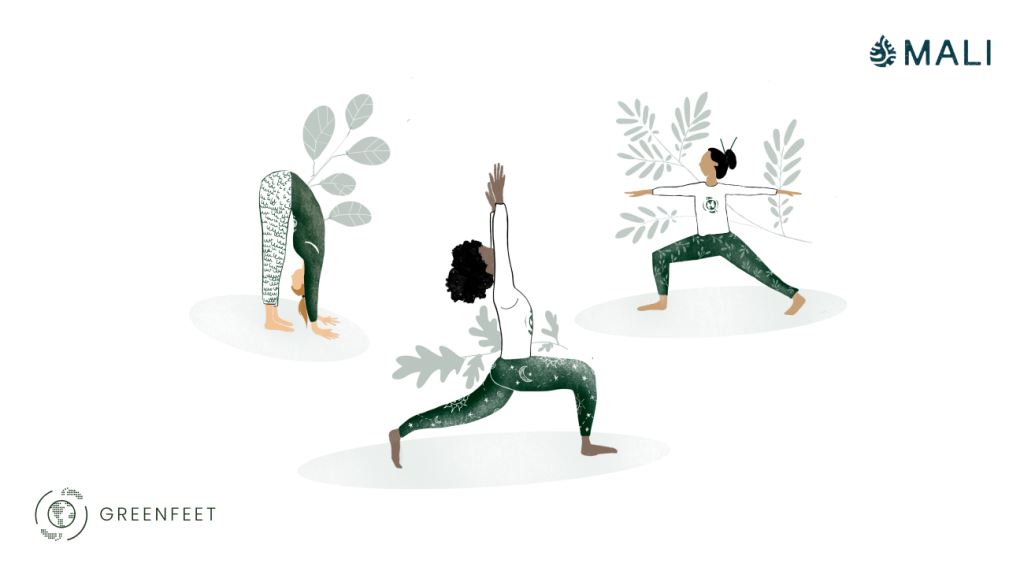 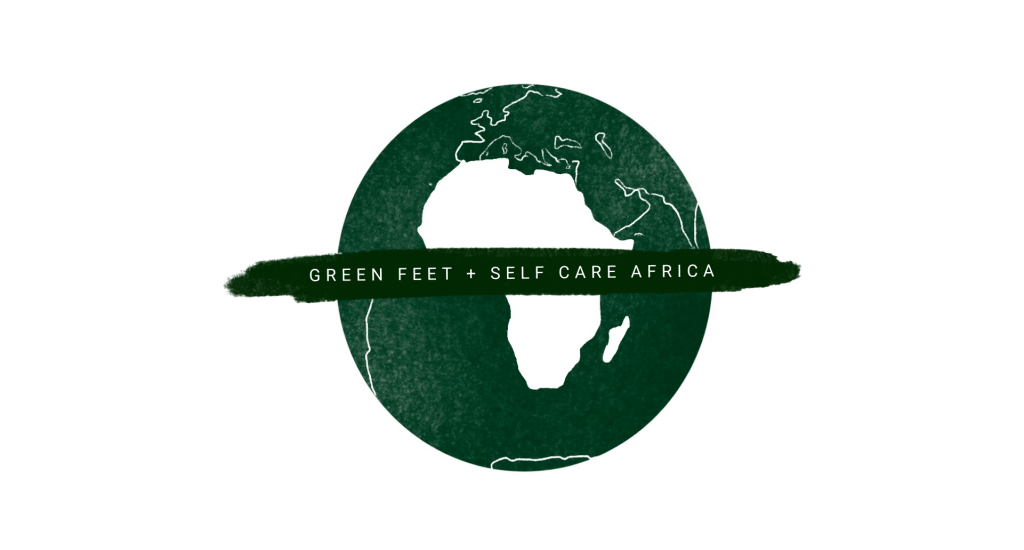 It’s Earth Day 2021 and what a great day for GreenFeet to announce a new and innovative partnership with Self Help Africa. With both organizations placing the climate change issue at the forefront of their operations, it’s a natural union of great minds, carbon reduction ambitions and climate change goals.
Read more